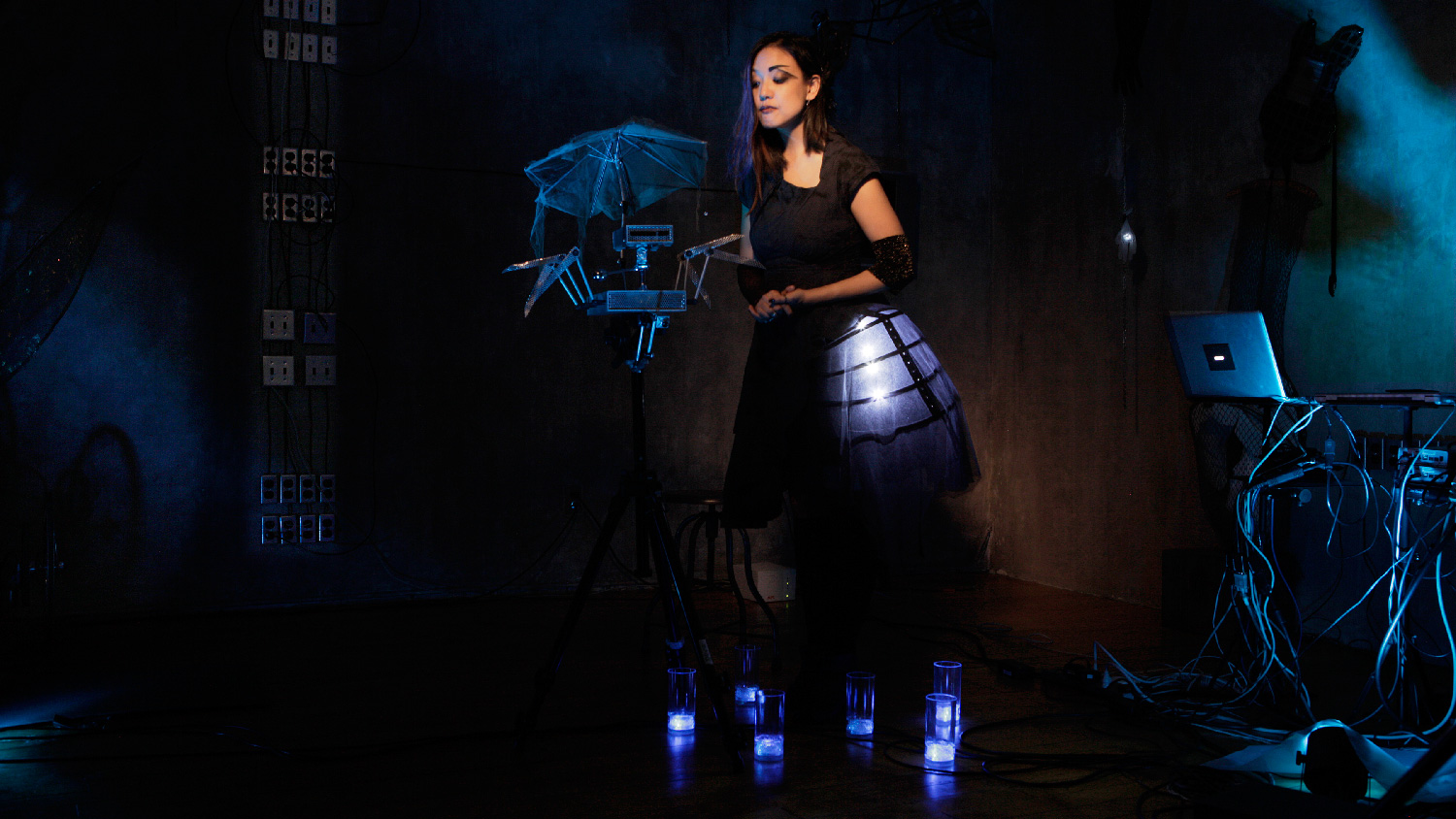 LUCID POSSESSION is a live cinema performance mixed and animated in real-time using cutting-edge motion-sensing technologies to perform complex layers of media. Musicians and a video DJ control robotic screens, lights, sound and video that merge to present a contemporary ghost story – a poetic musing on noise management – and on self-perception and fame across virtual and real social spaces. Performers fuse means with concept in a musical thriller that unfolds from the point of view of a programmer, her Avatar, and their real and virtual community of fans.

Bean, a designer of virtual avatars, is plagued by ghosts. Her mind operates like a radio receiver that “picks up people” – an artifact of heightened programming skills. Her Avatar – an online alter ego – goes viral on the Internet and turns her into a minor celebrity. People clog her servers – they want something, but she isn’t sure what. There’s a noise building in her head. What’s causing the interference? Her inner voices battle with the outside noise, a schizoid chorus from the real and virtual worlds.