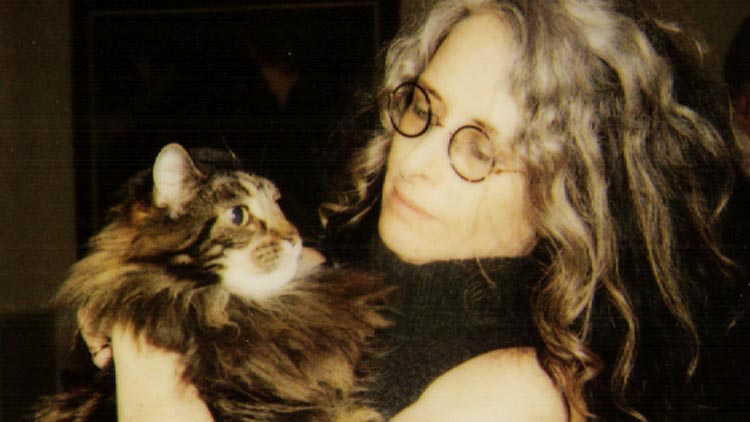 Toni Dove lives and works in New York. Since the early 1990s, she has produced unique and highly imaginative embodied hybrids of film, installation and performance. In her work, performers and participants interact with an unfolding narrative, using interface technologies such as motion sensing to “perform” on-screen avatars.

Presented in the United States, Europe and Canada as well as in print and on radio and television, her projects include: Archeology of a Mother Tongue, a virtual reality installation with Michael Mackenzie, Banff Centre for the Arts. An interactive installation, Artificial Changelings, debuted at the Rotterdam Film Festival, part of the exhibitions: ‘Body Mécanique’ at the Wexner Center for the Arts, Ohio; at the Institute for Studies in the Arts at Arizona State University International Performance Studies Conference.

Spectropia, is a feature length live-mix movie performance for two players. A DVD ROM, Sally or the Bubble Burst, an interactive scene from the Spectropia project, is distributed on the Cycling ’74 label and was released in 2003. Sally or the Bubble Burst was part of the exhibition ‘Digital Media’ at the American Museum of the Moving Image in New York, 2003 and in the ‘Future Cinema’ exhibition at ZKM, 2002 that traveled to The Museum of Contemporary Art, Kiasma, Helsinki, 2003. It was also part of the ‘Engaging Characters’ exhibition at Art Interactive, Cambridge Ma., 2003, at the Pong Festival, Brown University, 2003, at ‘Interactive Futures’, Victoria Independent Film Festival, 2003, and at the Montreal International Festival of New Cinema and New Media, 2003, Outside the Box: New Cinematic Experiences, Emily Davis Gallery, The University of Akron, 2006. Spectropia previewed as a work in progress at Lincoln Center in Scanners, the New York Video Festival 2006, in Cleveland at the Ingenuity festival 2007, and premiered at the Wexner Center for the Arts Nov 1-3, 2007, showed at REDCAT, LA Nov 2007 and at the Zero1 Festival of Art on the Edge, San Jose, 2008, EMPAC, Troy NY, 2008, The Kitchen, NYC, Dec. 2010, Roulette, May 2012. A 10 episode online linear version was released in 2014.

Her recent performance, Lucid Possession, was supported by a residency at HERE Arts Center (HARP) 2009-11, was supported by EMPAC with a tech residency, August 2009. “Connections”, a group of European co-producers and presenters, is co-commissioning the project with Republique theater in Copenhagen co-producing. Work-in-progress showings: HERE Culturemart 2009 & 2010. Republique, Copenhagen, Nov 2009, 2011, Spielart Festival, Nov 2009. Preview was at Virginia Tech in March 2013. The Premiere, a co-production of Issue Project Room, HERE, and Roulette, was at Roulette in April 2013.

Her web site is http://www.tonidove.com